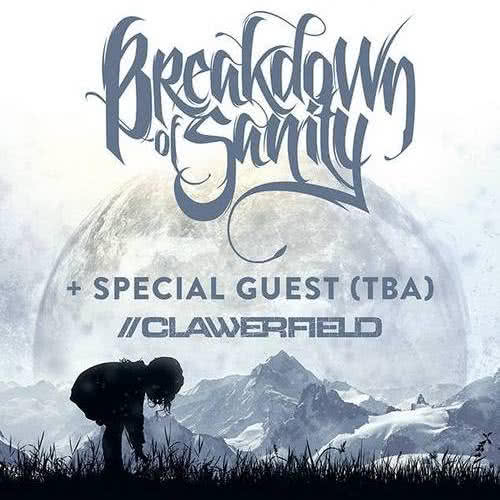 Watch the "Pushing the Tides" music video near the bottom of the page and read the lyrics for the new song below as well. Hushed and Grim , Mastodon's ninth album which bears 15 tracks totals 84 minutes, is the band's first record since issuing Emperor of Sand in , though the band has kept busy with specialty releases during that four-year gap. The Medium Rarities compilation came last year and the band also contributed " Forged by Neron " to the Dark Nights: Death Metal comic book soundtrack earlier this year.

View the Hushed and Grim album art and track listing beneath the "Pushing the Tides" music video and pre-order your copy released through Reprise Records , here. I think I'm ready to start I thought I heard you scream We're all part of this fucked up devastation. Always spinning the wheels A greater vision in sight It's not failure if you're trying. Another prick of a thorn The body reaches deep As I choke the situation Seeming clever and wise Clouded beyond the dark cells I know not what drips inside me.

Pushing the tides Trying not to go down and taken under Pushing the tides Try to keep my head above the water. The point of the beginning of the Universe, of energy, of consciousness…. From the yawning black windows of an edifice mighty and ancient Now wrapped in a shroud of death and devastation Turbulent unchecked streams of water rush out, All the land is direfully flooded around. The omnivorous water sways the sceptre Over erstwhile opulent chambers, It sneers and roars, collapses and smashes In the pale ashen moonbeams streaming from heavens.

Ages have passed since in my soul settled Void of cosmic abysses and incurable pain. Slowly appear among sunk cathedrals Bizarre freakish creatures of ominous races, Where is blossom? Where is music ethereal? I am a spirit Wandering along interstellar space. No-one will see what I have seen, No-one will hear what I have heard.

Welcome into the world Where reality and fantasy merge into a single whole, Where solitude is all-conquering, joy is enormous And pain has no boundaries. Come and reveal the mystery of the cosmic sorrow. But having once done it Your sanity will never return back to you.

Clouds will disperse, the air turn still, Lifeless lakes and rivers will refill Spring will pass and then fifteen long years Desert will be left to crave for tears To shed from the darkened heavens on the arid plain, Pouring grief and subconscious sorrow with the methane rain. Deep tranquillity inside, Sudden joy and even happiness Are transient — they come and pass again.

What are you striving for When you are born to suffer? Just sullen mountains and northern woods Will bless your sorrow and solitude Of the one who is born to suffer…. The wisps of wind are icy cold, And I get lost in the silent world. The place where sounds of life had rolled Has turned into the silent world. And when it dews with the rise of dawn In the rest of the living world Since distant centuries here the land Is always barren, morose and sad…. Nobody has ever seen This valley of oblivion Lost in the mountains Which cold minds Have erected since the ancient times….

So many souls lived among us Of whom there was such a fuss, But their star has set once and for all And passed out of mind of ungrateful world. All their sufferings and all their light They gave not asking a refund. Passing through matter unnoticed Streaming in cosmic rays Unaffected by arising disturbances Undetected by any piercing gaze. Bursting away from the core Of supernova explosion Into the intergalactic void Doomed to perpetual motion.

To the distances beyond reckoning, Perceiving the new knowing To the places of joy inexpressible, And of sorrow inconceivable. In space I am free, Space is my castle, Perfectly dark And perfectly marvellous. Into the garlands of stars it will burst, Far and wide music will disperse, And from the Vision of Spirits unseen There will appear the place of Dream.

Mountains kingly and high will rise Under never-ending skies, Waves in mighty seas will heave, Dark green woods will sadly breathe. And when their blissful home is wrought Children of inmost celestial Thought Will dwell here, and serene and fair Will be their songs in the fresh sea air. And in every deep recess There will live the Music blessed, Crying sadly in the shower, Sighing in the evening hour,.

In the distant land Sullen mounds stand. Sad are their tales Of the dark and glorious days…. Once clouds closed the Sun, Grim times had begun. All were mustered for the war To confront the deadly foe. Death with eerie might Waylays in the fight Sternly it draws near And stabs you with its hideous spear. Falling down you make the stroke Panting in the poisoned smoke, Scorched lips whisper farewell, The sight dissolves in the hazy veil.

How many ones so fair Fell in battles of despair, But still in the fading world Their banners stand unfurled. Time passed, and where blood had flown Now sullen mounds have grown. Raindrops washed the bloody stains, But so far the grief remains. The light of old orange alien suns Faded, and the realm of stars Opened its mighty door. But disturbed is the dark of space, For there came relentless days Of the reckless war.

In pitch darkness of the night From the sky fell lurid light In the tempest you stood still With a wound that will not heal. Though the roads you took be ever sad and wrong You still have to live and try to carry on In unceasing search for some illusive comfort.

Come, for a moment forget of your doom, See, a ray broke out of the gloom and cold To the fading world. And you damn yourself inside Tears of grief you cannot hide. Hellish power you would excel, Strong and grim like doom itself. In your life accursed by force severe and stern Muster up your will and try to carry on Though heavy be the steps of fate you hear. Weary and silent You stopped over deep in thought, Bliss of the far land Was just the song of old… Flickering softly Arose a frail blue star.

Hear the high wind groaning And the dark waves roaring afar. Lead through the gloom and fading, Icy rocks cold and drear, Where nothing more is waiting But wells of sorrow, Where the stars are shining Over the roaring sea And the forsaken quay And I will follow. Wraiths of the black days Often would haunt your mind, Dear wounded places Were left long ago behind When you departed To find just more bitter end… Still the world was turning, Deathless fire burning beyond.

Lead through despair and tears, Over the paths of stone, Where beds of ancient rivers Are drained and hollow. Where lurking grief and memories Turn to a marvellous song Flowing in the rays of dawn And I will follow. And the gates opened, Mist of clouds hid me As they melt I saw the star to lead me Where the trees faded Days of songs ended Where just stray spirits of old will meet me.

Wandering alone among rocks morose and sheer Sullen forests, rivers and hills His cloak is weather-stained, but his voice is strong and clear, The power of a king it reveals. The horns call for a war, evil forces have awaken, Torches light the blackness of night.

Sacred ties of friendship never will be shaken, Helping in the desperate fight. Its first rays will play in your hair, And kindle again the fire in your eyes. Through joy and peril, world without end, Out of time, no one guesses where, A marvellous vision in the fading land.

Be it so! These endless heights, Stern, attracting, covered with ice. Luminous stars over vast crevasses Cleaving cold like grave immortal glaciers. Your soul flew away with the roamer-wind When you broke down in your mad endeavour, You eagered to be too close to Heavens And you remained there for ever. 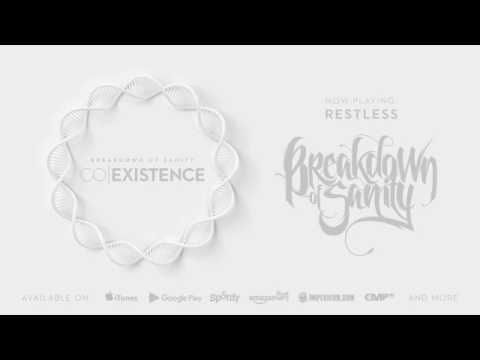 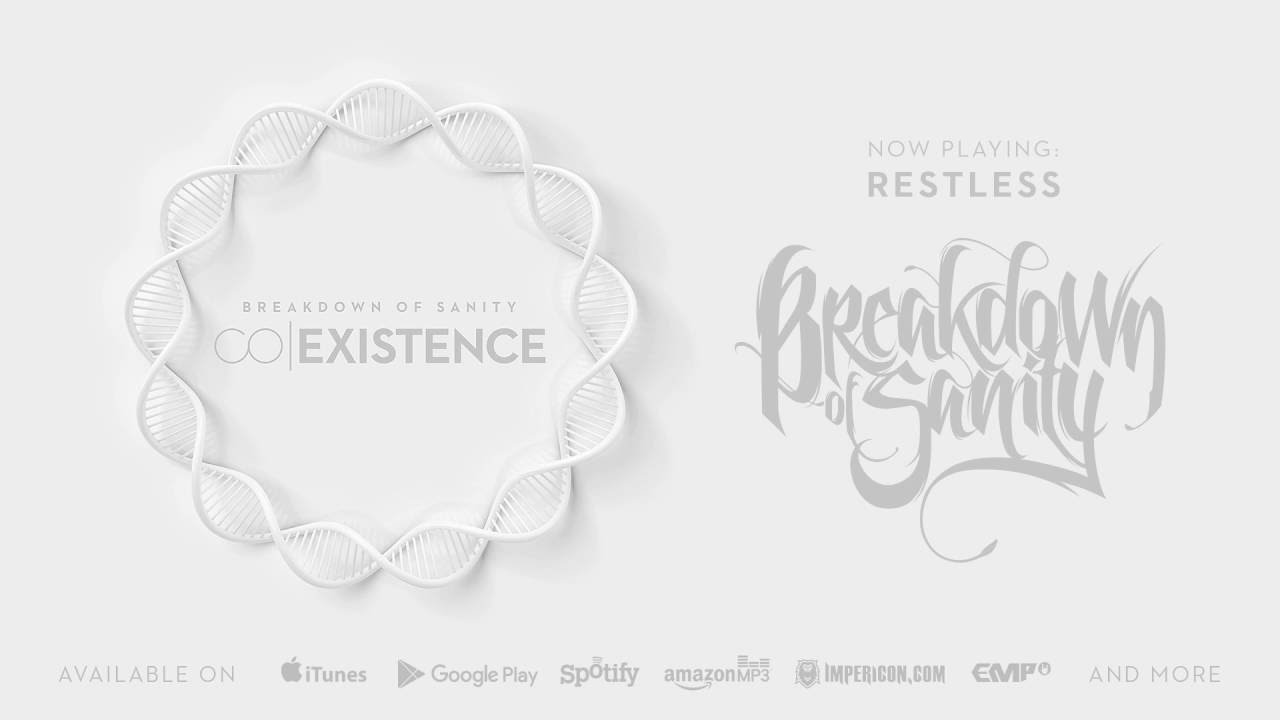 After teasing a new album earlier this week, progressive metal icons Mastodon have officially announced Hushed and Grima double album that will be released on Oct.